Every country makes its money slightly differently. There are 2 main types of banknote bills:

Paper money in the United States, for example, is made from:

Those are the material most commonly used to manufacture fabrics. Threaded through the paper money, there are red and blue synthetic fibers of different lengths. They are used for safety and to deter fraud. The Treasury is responsible for the designs and portraits used on paper money. In 1990, microprinting, the process of printing minuscule text to read with the naked eye, was introduced to prevent counterfeiting by advanced copiers and printers. 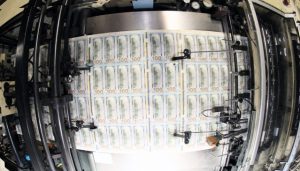 The clothlike paper, sometimes called rag paper to distinguish it from the common variety of wood pulp, is much more durable than your regular white sheet. Since the bill spends your days being folded, wrinkled, and stuffed into bags, wallets, and machines, this durability is essential.

Polymer banknotes feel like plastic paper. In 2017, many more countries have adapted this type of material in their printing process. Polymer notes are made with:

These banknotes are much more durable and offer many more security features compared to paper banknotes. 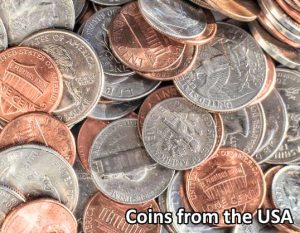 Coins are made from cheap metals:

Initially, silver and gold were used to make coins, but U.S. Treasury quickly realized that it would be very expensive in the long run.

The paper used in bills is unique in many other ways. It serves as more than just a print medium; It is also an important safety feature. While the US Treasury Department makes no secret of the presence of cotton and linen paper money, those are probably not the only two ingredients. 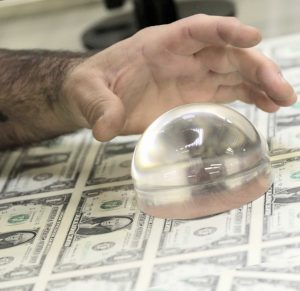 Banknotes of larger denominations, add another safety feature, a strip of polyester security is embedded into the bill itself. This band has additional microprinting, declaring the correct denomination of the bill. Although not usually visible, the strip can be seen holding the bill to the light.

Bills also have unique chemical and physical properties that make it easier to differentiate between a counterfeit and a real one. The anti-counterfeit pens, which are widely used by retailers and banks, are applied through tip markers using a special ink. When checking the real paper money, the ink turns yellow or light brown. By checking anything else, the ink will be a dark brown or almost black.

The ink used to print a bill gives the impression of a raised texture – a different touch feature. That ink is also magnetic. The images on both sides of the bill include details too small to print on a standard inkjet printer ink. In each portrait, a tiny micro print says “The United States of America”.

Paper money was first used by China, printed by Chinese printing blocks. This had two significant advantages: it was easy to carry and saved natural metal resources such as silver and copper.

Paper money was used for government procurement in different areas, where banknotes could be exchanged for real money in the capital. China officially adopted paper money during the Song Dynasty. These notes were not expensive to manufacture because they were not made with any precious material.

When the Mongols came to power, they created a form of paper money called silk notes. Although silk notes were not made of gold or silver, they had the value of the silk thread. The government changed all the old forms of paper currency to silk bills and unified the currency.

In 1775, American colonists used paper money backed only by the promise of tax revenues to finance the Revolutionary War. The money quickly lost its value due to the lack of a real monetary support. It was also easily counterfeited. Again in 1836, when state banks had little regulation, paper money was widely printed in a variety of colors and designs (refer to Investopedia). They were also easily forged. In 1863, the US Treasury adopted the seal hunt, using intricate geometric designs and linen paper with red and blue fibers.

Gold and silver standard allowed a person in a country using that standard to exchange money for a fixed amount of silver or gold. This happened when real value backed money. Although the gold standard was more widespread, standard silver represented the idea that the precious metal could be used to signify the value of paper money.

Today, most countries use decreed money or money that has no intrinsic value. It cannot be exchanged for a fixed quantity of gold or silver, but still, serves all the functions of a monetary unit.

Bureau of Engraving and Printing

The US Bureau of Engraving and Printing has the responsibility of making paper money in the United States. They own all the tools and secrets behind the manufacturing process.